Dee Snider – For the Love of Metal [Album Review] 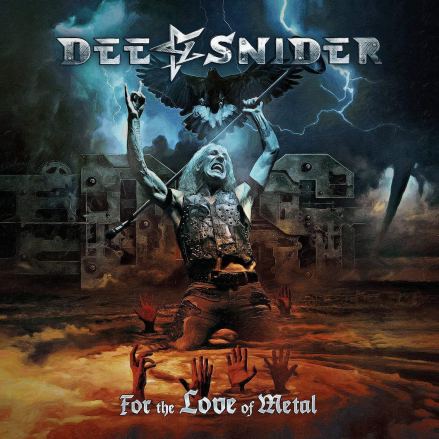 Dee Snider – For the Love of Metal
2018, Napalm Records

With trepidation, I pressed play on this one. Would it be a lame attempt to sound modern enough for today’s rock/pop radio stations like 2016’s We Are the Ones? I can say… “NOPE” after breathing a sigh of relief!

For the Love of Metal is a decidedly different beast than We Are the Ones. Apparently Dee had no intention of doing another studio album, but he was approached by Hatebreed vocalist Jamey Jasta to do a metal album (I wonder if Jasta felt Snider needed to “redeem” himself after We Are the Ones) with songwriting and musical talent from members of modern bands such as Lamb of God, Arch-Enemy, Disturbed, and Killswitch Engage. I can’t find any exact details as to who played what, but press releases do mention a few names involved.

If you’re not into those bands (and I’m not), don’t get discouraged. Yes, many of the songs here have that modern metal chug to them, but it’s tolerable for the most part. And vocally, Snider is able to keep up. At 63 years old, this guy still has one of the best voices in the realm of rock & metal. One of the greatest singers of all time. There is no wear or tear to be heard at any point throughout For the Love of Metal.

The album is a mix of modern and more straight-forward metal tracks. While the attempt is there to be current, I didn’t get the feeling that this album was written without respect to Dee’s legacy or history. There is enough here to keep fans of Twisted Sister and Dee’s previous solo outings interested. “Lies Are A Business” is a scorching opening track that is nothing but classic metal. “I’m Ready”, “Roll Over You” and “Become The Storm” are more offerings that fit in with Dee’s legacy quite well. “Running Mazes”, “Mask”, “The Hardest Way” and “Dead Hearts (Love They Enemy)” offer a more current flavor of metal.

For the Love of Metal is an album that has found an enjoyable middle ground between modern metal and Dee’s ’80s metal. It’s heavy, it’s fast and Dee sounds great. I recommend this one.