THE METAL MISFIT AWARDS 2019: The Best of Music & Movies

Spotify is primarily what I use with I’m at home on my computer. I used Amazon Music a lot on mobile, so I know there’s stuff like Black Sabbath and Red Hot Chili Pepper’s “Zephyr” (I got hooked one on that one during the summer) that would be on the list if I could somehow measure beyond what I listened to on Spotify!

THE METAL MISFIT AWARDS 2018: The Best of Music & Movies

I realize I am extremely late on talking about anything from 2018 and 2019. Heck, I haven’t posted on this blog in six months! That’s a new record for me! And while I am considered “essential” and not sitting at home out of work due to COVID-19, I am still quite bored, so I got the urge to do some blogging during my downtime.

I got busy, I got lazy and I became uninspired to write or post about anything over the last two years. Lots of things have happened in that time. I’m not on social media anymore, and basically became antisocial media. I’m still plugged into the internet like everyone else in the world that owns a smartphone, I just choose not to socialize online or use it as an outlet anymore. UNTIL TODAY WITH THIS POST (but I’m still staying off social media)!

Maybe I’m back to blogging, maybe I’m not. Maybe I’ll start some rapid-fire posting or maybe I’ll disappear for three years after this. Who knows? Who cares? I showed up today at least!

And since I don’t really pay attention to many new releases anymore (for the most part, I’d rather listen to familiar tunes that I know will already evoke emotions), I’ve decided to take my music awards post in a new direction… It’s now a catch-all for various forms of entertainment!

Just for fun, I decided to tack on my favorite movies of 2018 as well.

Okay, let’s get on with it, and be sure to stay tuned for a similar post about 2019 (I think)! END_OF_DOCUMENT_TOKEN_TO_BE_REPLACED 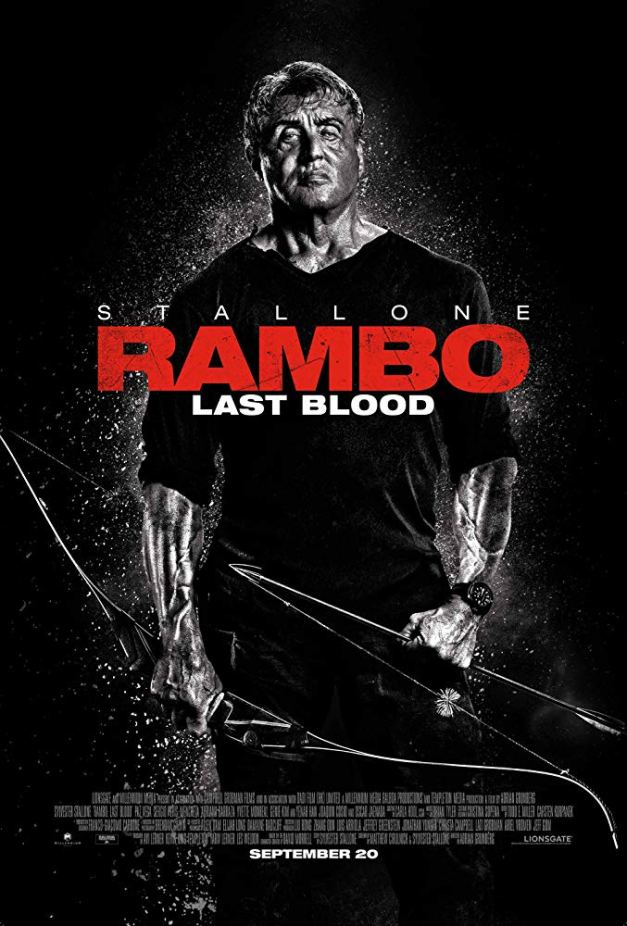 Having missed out on opening weekend, I went to a Wednesday 5:20PM showing for this movie where it was just me and three other dudes. I was hoping to have the theater to myself! Unfortunately, one of the guys sat in from of me and chose to check his phone every 10 minutes or so and another kept going in and out of the theater with about the same frequency, but I digress… END_OF_DOCUMENT_TOKEN_TO_BE_REPLACED

This post is an updated and reworded version my original Rating the Halloween Franchise post from October 2008.

What can be said about this movie that hasn’t been said already? Though not the first slasher movie, Halloween is the movie that spawned the entire horror sub-genre that blew up during the 1980s. The film’s score is amazing. Right up there with Star Wars, and the atmosphere throughout the film is tense, as are the film’s closing moments. It’s my favorite horror move and one of the my favorite movies period. You can’t call yourself a fan of horror movies if you’ve never seen this one.

The sequel is a classic in its own right, but a lot of horror fans and film critics don’t agree with me. The movie takes place immediately after the events of Halloween, and director Rick Rosenthal (John Carpenter passed on directing but did co-write & co-produce) hoped to create a similar atmosphere for this movie. The final product of Halloween II ended up being far more violent and gory than its predecessor. This is thanks to the fact that Universal and/or John Carpenter felt the movie needed to be able to compete with other slasher movies of the day and new kill scenes were filmed (supposedly with Carpenter as director).

Yes, the movie is harsher and features a slightly different tone than the original movie because of that, but both movies are a fantastic 1-2 punch. Just as Halloween III: Season of the Witch has grown in stature over the years, it’s high time Halloween II starts getting the credit it deserves. It’s one of the best slasher movies of all time, but it has the misfortune of being the follow up to THE best slasher movie of all time.

END_OF_DOCUMENT_TOKEN_TO_BE_REPLACED 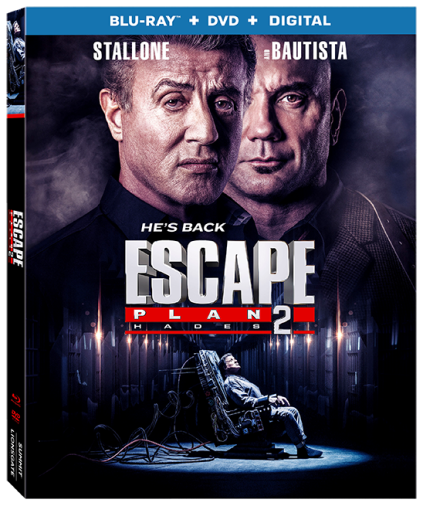 When I first heard a sequel to Escape Plan was in the works, I was happy. I liked the original movie. It isn’t a classic, but it’s a good time and was a cool idea. I was a bit disappointed to learn Schwarzenegger would not be returning, but the addition to Bautista was a decent substitution. I figured we’d get to see Stallone & Bautista beat up a bunch of people in prison on the big screen and hopefully a Stallone vs. Welliver (the lead in Amazon Prime’s Bosch TV show, a show I love) fight. Unfortunately, that’s not what happened.

First off, Escape Plan 2 received no theatrical release. The movie was announced to be released on June 29, 2018 straight to video & digital. That’s not a good sign, but okay. I’m a huge Stallone fan, so I pre-ordered the Blu-ray a month or so in advance and was looking forward to that Amazon Prime shipping which guaranteed the movie would hit my mailbox on its release day. To get in the mood that evening, I watched the original movie first and my opinion still stands that it’s a fun film that had charm.

Sadly, the sequel is a complete mess that lacks the charm and sense of humor of the original (despite both being written by the same writer). The tone and atmosphere does not come close to the original and that was apparently the director’s choice, who wanted a sci-fi Ridley Scott feel for the prison in this movie. Well, he achieved that, but the end result is a feeling that this movie has absolutely no connection to the original other than using Stallone as Ray Breslin and 50 Cent returning as the “techno-thug” Hush.

The movie doesn’t even feel connected to itself. For the most part, you have Stallone in one corner with very little scenes until an hour into the movie, then Bautista in another corner, then the whole sci-fi prison thing happening. It’s like three movies going on at once and it feels like it was all filmed completely separate and at different times. There’s not much interaction between Stallone, Bautista and the sci-fi prison stuff.

The basic plot of the movie is Stallone’s character of Ray Breslin now runs a security company and has a crew of people that he sends out on missions. A few of those employees end up in super high-tech prison called HADES (High Asset DEtention Service). The majority of the movie focuses Huang Xiaoming, which is not surprising considering the first movie was a hit in China and this new movie was co-produced the Chinese film studio Leomus Pictures. Jesse Metcalfe and Wes Chatham also get considerable screentime. It’s not until the 1 hr mark where Stallone takes a bigger role in the movie and the climax features both Stallone and Bautista going inside the prison and help to bring down HADES.

So you’ve got a movie (Escape Plan 2) that’s a sequel to a movie where Stallone was absolutely the star (Escape Plan), and you’re advertising Stallone and Bautista as the stars. Nowhere in the marketing of this movie is anyone else really ever referenced. If promotion for this movie was honest, it would have centered around Xiaoming, Metcalfe and Chatham with Stallone and Bautista as background characters. It’s dirty trick and bait-and-switch by Lionsgate/Summit and Leomus Pictures, and the word is out as reviews for the movie are not kind. Deservedly so. Even if this was just some other prison movie not connected to Escape Plan, it would still be a bad movie, but to be so deceitful with the promotion of this movie as to who is really starring in this movie makes it even worse.

And it’s not like the studios can change direction based on audience feedback for the already announced third movie because it was filmed back-to-back with this one! That movie is in the can and is awaiting a release date. Rumored to be called Escape Plan 3: Devil’s Station, that movie features Sly, Dave & 50 Cent yet again but an entirely new cast other than that. Which is odd because this movie ends rather abruptly with you thinking some of the other cast would carry on into the third movie.

I am not a fan of this little sci-fi prison “let’s use Stallone as a glorified cameo” movie experiment. Hopefully the next one give us what everyone wanted from this movie — Stallone & Bautista in a gritty prison somewhere killing a bunch of bad guys, but I won’t hold my breath.

THE METAL MISFIT
Create a free website or blog at WordPress.com.