Hollywood Goes to War: Hollywood Canteen, This Is the Army & Stage Door Canteen

My original intention was to have this posted on the Fourth of July (I never call it Independence Day) and have a nice little patriotic theme going. I’m a little late. I intended to have it in the bag and scheduled to go the morning of July 4th, but Netflix sent me a damaged disc last week and that set me back a few days while waiting for a replacement. Plus, schoolwork. Plus, workwork. Plus, I hate myself and can’t do anything right. Well, there’s always next year for the other movies I had intended to review!

So here’s the deal: during World War II, Hollywood and the government rallied together with all kinds of fundraisers and, basically, what amounted to propaganda films in order to work the country up into a patriotic fervor. The idea was to inspire Americans to give the war their fullest support and to encourage them do all they could over here to support the boys over there. I thought it would be fun to watch a bunch of these films in a relatively short time and then talk about them. Whether it’ll be fun for anyone to read is another matter.

Oh, and be sure to check out what I had to say about another patriotic WWII-era film– Star Spangled Rhythm! Now, here we go… 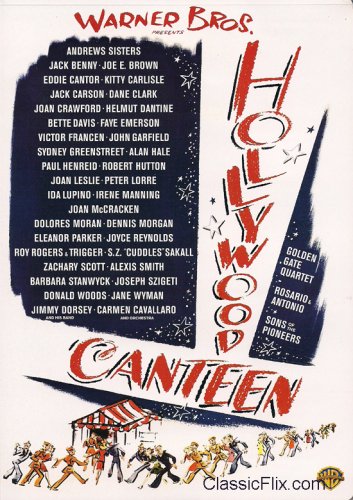 The Hollywood Canteen was a real place located in (duh) Hollywood, California. It opened in October 3, 1942 and closed November 22, 1945. It catered exclusively to servicemen and featured dancing, food and entertainment. On any given night, you could find members of Hollywood performing, cooking, cleaning, serving food or simply chatting with the servicemen. Actors Bette Davis and John Garfield are considered the driving forces behind the Hollywood Canteen. Basically, any notable musician or actor volunteered his or her time at the Canteen. 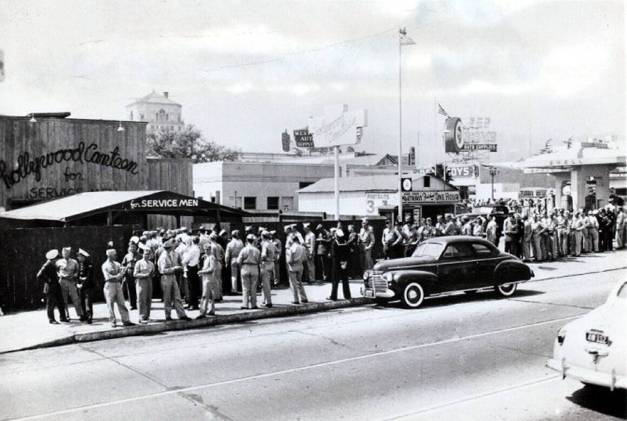 END_OF_DOCUMENT_TOKEN_TO_BE_REPLACED

Don’t Shoot, It’s Only Me by Bob Hope 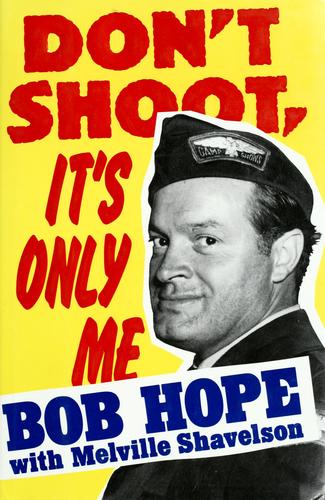 Don’t Shoot, It’s Only Me
By Bob Hope with Melville Shavelson
(1990, Putnam Books)

I’ve read a couple of Bob Hope books (about him and by him) over the years and had this one on my Amazon wishlist for awhile (it’s only a PENNY for a used copy) but then I came across it at the local library and decided to check it out.

I wasn’t sure what I was getting into. I know Hope wrote TONS of books over the years so I had no clue what the material was going to be but I guess the title should’ve been my first clue because this book details Hope’s tours around the world (with his ever-changing cast of “Hope Gypsies”) entertaining for U.S. troops from World War II up through Desert Storm.

The book is full of the typical funny one-liners that Hope is known for and many of the jokes while performing for the troops are repeated. There are a few stories in regards to his career but the book mostly sticks to talking about the wartime tours: living conditions, morale, the close-calls and the laughs. There’s a lot of talk about U.S. presidents too as Hope had met them all from FDR up to George Bush Sr.

Obviously, the bulk of the book details World War II, which is when Hope was most active entertaining the troops. Bob & his gang not only toured military bases putting on a stage show for the troops but during WWII his radio show was broadcast from U.S. bases as well. Vietnam also gets a good chunk of space since the war went on for so long and Hope went over every time around Christmas to help spread some cheer where there was none to be found and no one was really in the mood for it anyway. Words are devoted to the Cold War as well.

This is a good read for Bob Hope fans and people who have an interest in World War II. I’m sure Melville Shavelson had his share of input (like in regards to jokes about some the then-current events) but it really reads as if Bob Hope was speaking.

Buy ‘Don’t Shoot, It’s Only Me’ at Amazon.com 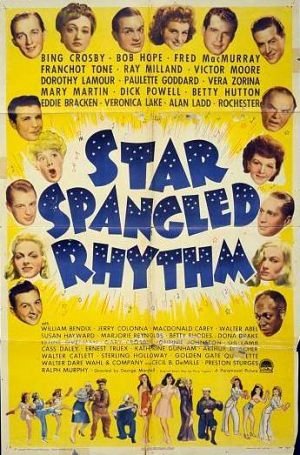 I bought this movie as a part of a Bob Hope Tribute Collection Double Feature DVD with My Favorite Blonde but just recently got around to watching Star Spangled Rhythm (though I must’ve watched the first 10 or 15 minutes at some point because I remembered those scenes).

I’m not a big fan of musicals, certainly not a fan of anything modern, but I’m slowly starting to appreciate these old Hollywood musicals. I attribute my appreciation mostly to the “Road Pictures” that featured musical numbers but were primarily zany comedies. Also, it helps that Bob Hope & Bing Crosby were in Star Spangled Rhythm as well but to be fair the DVD packaging is a bit misleading. Although Bing & Bob receive top billing over all the other stars, neither shows up until a little more than halfway into the movie.

The movie is put together in a neat way. The first half of the is a comedy that focuses on a Paramount Studios gatekeeper (Victor Moore), his son that’s in the Navy (Eddie Bracken) & Paramount phone operator/son’s girlfriend (the adorable Betty Hutton). It’s a flimsy but legitimately funny and wacky story that builds up to all of Paramount’s stars putting on a show for a bunch of sailors in the second half of the movie as a benefit. That’s where Moore, Bracken and Hutton are given a rest and Paramount pulls out the big guns with songs, dances and more comedy skits. Bob emcees the benefit and is featured in a comedy skit while Bing closes the movie with a “Old Glory”, a patriotic number.

There are a number of highlights in this movie, Betty Hutton being one of them. She’s so adorable and cute in this movie I wanted to pinch her cheeks (and do other things to her as well). She’s a great comedian and was a show-stealer. I especially enjoyed her wall climbing scene. Lots of physical comedy.

Bing & Bob typically put on great performances as did Eddie “Rochester” Anderson (from Jack Benny’s radio troupe) with his musical number “Sharp As A Tack”. Seeing Dorothy Lamour and Paulette Goddard (both frequent co-stars of Bob Hope) sharing the stage together was a real treat as well. Along with Veronica Lake, they poked fun at their sex symbol status with the song “Sweater, Sarong & Peekaboo Bang”.